Pupils have raised a staggering £6,772 after successfully organising an action-packed fundraising fun day.

Ahead of the event, students got involved in planning activities, bringing in items for sale and asking for donations. Each year group was responsible for co-ordinating one aspect of the day. The school’s Year 7 pupils took charge of the tuck shop, Year 8s organised the dessert parlour, Year 9s managed the drinks stall and Year 10s were responsible for donating and raising money to purchase food items that were sold on the day.

The event, which was held on Saturday 29 June, was a hit with pupils, parents and staff alike. It featured a feast of entertainment such as archery, a table tennis tournament, fairground rides, an inflatable dartboard, go karting, zorb balls, penalty shootout, face and henna painting, bric-a-brac, decorating cupcakes and glitter tattoos.

There were a host of stalls, with some pitches sold to traders and others set up by pupils and parents. Goodies sold included jewellery, sand art, watches, perfumes, essences and oils, natural skin care products, picture frames, sweets and snacks, a barbecue, refreshments and clothing such as purses and shawls.

Thanks to the generosity of pupils, parents, staff and friends of the school, £3,786 will be donated to Bolton Hospice, which provides specialist care and support for the people of Bolton who have life-limiting illnesses. The rest of the money raised, £2,986, will be used by the school to create a peace garden for the pupils. The new peace garden will act as a place of quiet and allow the pupils a space for personal and spiritual reflection.

“Everyone had a terrific time at the fun day and we were so lucky it fell on such a sunny weekend. The boys worked so hard to make the event a success. Special thanks go to the parents and the wider community for their continued generosity, help and support.” 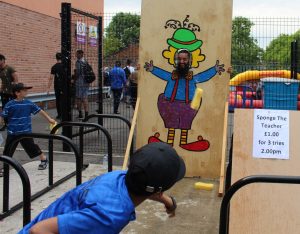 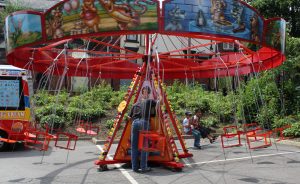 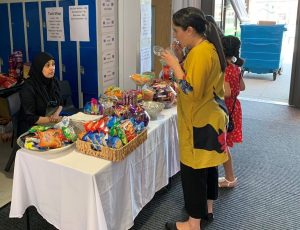 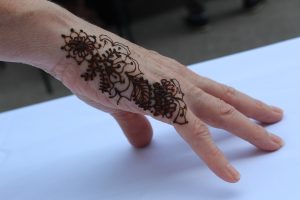 Pupils, staff and parents raised more than £6,000 for Bolton Hospice and to build a peace garden for quiet reflection

Star Academies has recently launched a series of exciting new reading initiatives to promote the joys and benefits of reading.