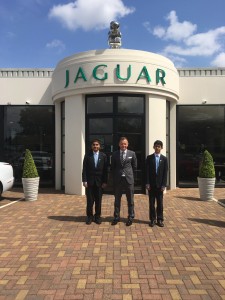 A team from Eden Boys’ School has secured a place in the 2015/16 Jaguar Maths in Motion™ Challenge for Schools World Final, beating off stiff competition from schools around the World. Team F1 Eden had previously won a series of internal school races and regional heats before entering the semi-final knock out round. They will compete in the World Final at the British Heritage Museum in Gaydon on Wednesday 22 June. 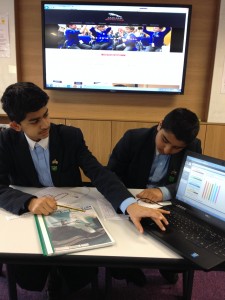 The ‘Maths in Motion™ Challenge’ was established by Jaguar in 2000 and has this year attracted entries from more than 100,000 pupils, making it the largest maths challenge of its kind in the UK. School children aged 8-16 are tasked with setting up a virtual racing car to compete on a circuit against other schools.  The teams have to use all their mathematical expertise to accurately measure the length of the track, the angles of the bends and consider other factors such as fuel load, tyres and speeds.  This data is then entered into a computer based simulation and all the challengers eventually race against each other.

For the 2015/16 World Final, teams will have just ninety minutes to prepare their cars. The competing teams are categorised into two Age Ranges – Primary and Secondary – with the winners from each age group fighting it out for title of Overall World Champions.

“Jaguar Land Rover is committed to promoting the Science, Technology, Engineering and Maths (STEM) agenda through our national education programmes to address the national shortage of engineers”, commented Les Ratcliffe, JLR’s Head of Community Relations.  He added, “We are delighted that the Maths in Motion™ Challenge is proving highly popular with schools and has attracted a huge number of entries again this year.  Schools that have secured places in the final should be proud of their achievements so far and I wish them the best of luck for the final stage of the competition”.

Brian Richardson, National Organiser, said, “The Jaguar Maths in Motion™ Challenge attempts to show students that there are good reasons why we study maths at school – something that is often asked by students – and that you can have fun whilst doing it.  It also shows that teamwork is an essential asset in the workplace.  Well done to all the school teams who have taken part in the programme this year and congratulations to those who have won places at the national finals next month.” 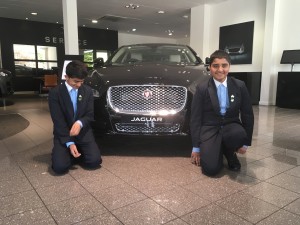 Mr Y Patel, Director of Learning and co-ordinator of The Jaguar Cars Maths in Motion Challenge at Eden Boys’ School said, “An enormous amount of credit must go to Abdul-Hakeem Atcha and Hammad Ditta, who have worked extremely hard to reach the finals. All preparation was completed outside school hours and I’m delighted that their hard work is paying off. I have every confidence that both Abdul Hakeem and Hammad have the capability to win this competition.”

Mr S Fazal, Principal said, “Our boys like to put their learning to good use and enjoy a good challenge, so this competition was ideal for them to test themselves against students from all over the World. I’m delighted that Abdul-Hakeem and Hammad have reached the final – it’s testimony to the outstanding Maths teaching they get in school and the tremendous encouragement they get from their families. I know they will do their best in the final and whatever happens we’ll be very proud of them. Good luck boys!”

A new national helpline for parents and carers will provide personalised support and advice on home learning to support pupils until schools re-open.

Please click below for your half-term six Remote Learning Timetable